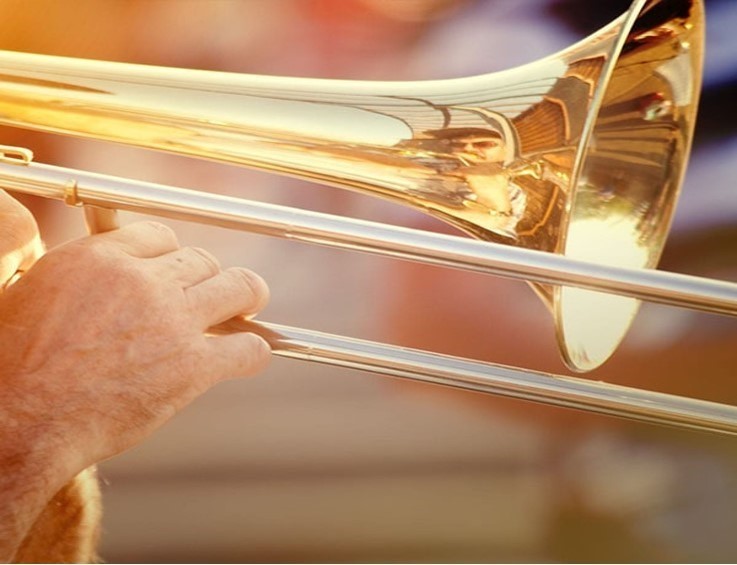 A personal testimony by Bill Redifer

Psalm 150:6  “Let everything that has breath praise the Lord”

Before I came to Christ, secular music to me was huge.  My oldest sister raved over Elvis Presley.  I became a ‘Beatlephobe’ dashing down to the music store to get the latest Beatle 45 rpm to impress my childhood friends.  When I was in Junior High and High School, Band was my favorite class and I was a top trombone player in our school.  While in grade 7, my best friend Don (also a trombone player) and I were asked by the choir teacher to join the school choir.  Don committed to it; I didn’t—worst decision of my young life.  I continued playing the trombone, but didn’t sing vocally, except secular music tunes on the side.

I loved the songs of the 60’s, now the oldie goldies!  But obviously, a lot of the messaging and words were in tune with the godless culture.  The ‘Hippie movement’ had the protest messages of “Make love; not war” and “All You Need is Love”.  Out of this movement a lot of young people came to Christ seeking a reason for living.  I came to Christ after leaving home and enrolling at a secular college at Eastern Oregon in 1967, not sure of what direction my life was going.  In that first week of orientation, meeting new collegians and going to parties, I began asking the big questions of life—“Why was I here and what did it mean?”  It wasn’t much later that I connected with young people that loved the Lord at the local Conservative Baptist Church and through the conviction of the Holy Spirit while reading Romans 1:16, knew that I needed to give my life to Christ as a sinner before Him.

Now I had a personal relationship with Him!  Wow, ‘not a religion, but a relationship with Jesus Christ’!   I had not only a reason and purpose to live, but a living God to sing for and to adore!  Now songs had meaning and direction.  Words suddenly came alive in meaning as the songs I sang taught of Jesus, proclaimed Jesus, and glorified Jesus and my relationship to Him.  Amazing Grace was not just a song to sing; it was a personal testimony!  What a joy to join the Baptist church choir and sing joyfully in understanding along with other believers.

I soon became a radical follower of Christ.  Through my idealism and after college, I became heavily involved with the ‘Jesus People movement’.  It was at this time I was introduced to the writings of Dr. Francis Schaeffer.   One of the teachings he introduced to me was the amazing truth in tension that though man is created in the image of God, he is fallen and marred by sin—yet still given great abilities.

Now what does this have to do with worship and music?  Everything.  We divide music as Christian and non-Christian; that which glorifies Christ and that which glorifies man (or less).  Yes, words do have meaning and any music caters to our emotional make up as fallen human beings created in the image of God.  Personally, I came to dislike the Beatles after Lennon proclaimed they were more popular than Jesus and then went the way of the Eastern religions.  But here’s my point; though their message was godless, their music production and creativity was amazing.  Why?  Schaeffer nailed it—though lost, they were given their creative talents by God.  Sinful men can still do amazing things because, though fallen, they are created in His image.

As someone said, “Mankind can do a lot of amazing things; but without God, he cannot explain his reason for existence.”  And without God they never will! And thus the reason for why worship matters! Not just in music, but in all areas of life.  So let us joyfully and thankfully live, serve, sing and ‘praise the Lord’.  He is worthy.

Latest From the Church Desks